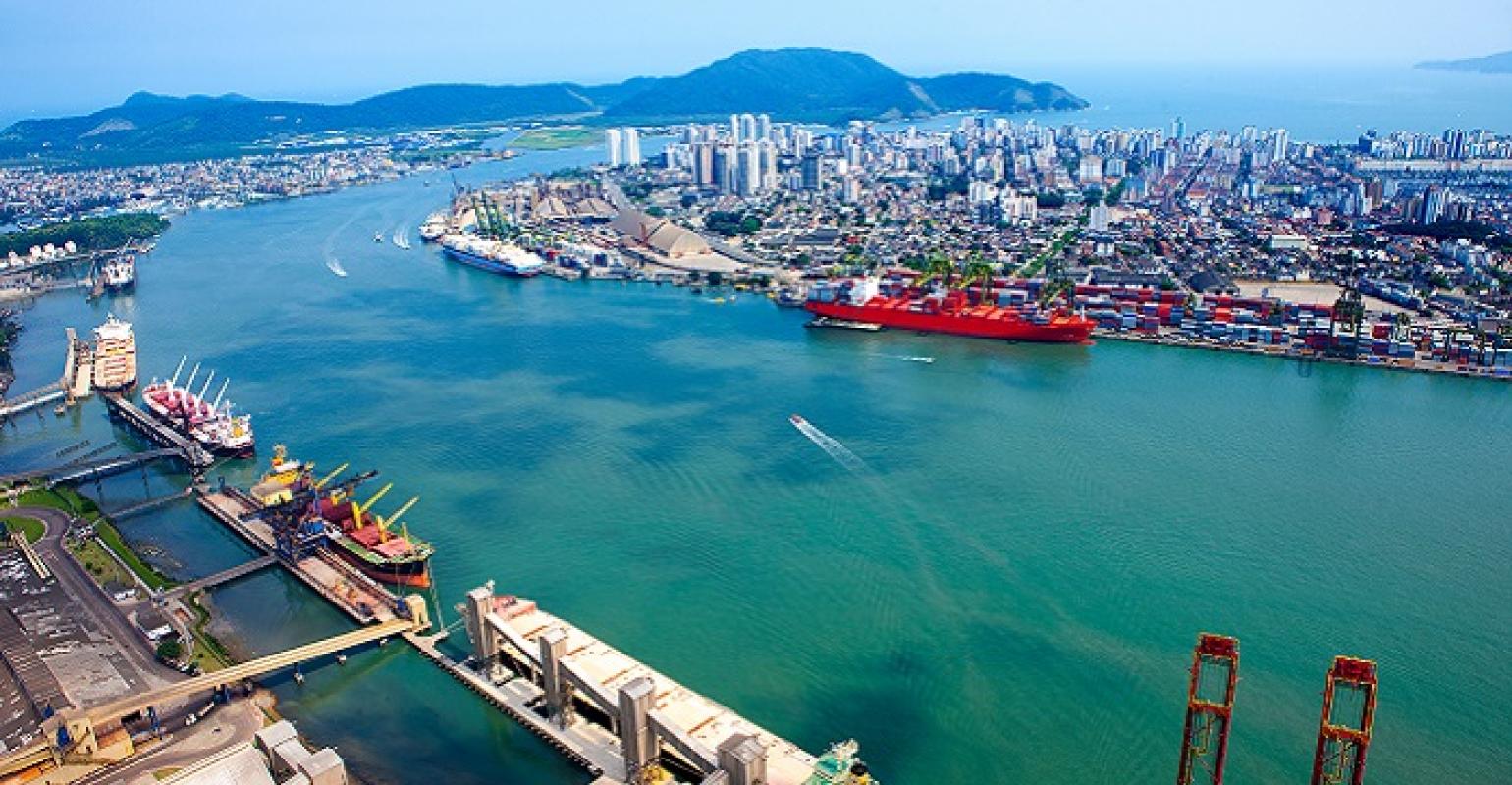 Those behind the privatisation of Santos Port Authority believe it could set the tone for a new era of infrastructure development in Brazil. Emmanuel Mair reports

In amidst President Jair Bolsonaro’s chaotic response to the pandemic, Brazil’s ministry of infrastructure has made its name as the one government department functioning with an actual plan. Minister Tarcísio Gomes de Freitas aims to sign concession
agreements for investments totalling US$50bn by the end of 2022, facilitating the growth and improvement of airports, ports, railways and roads.

Among the various proposals being enacted, perhaps the most eye catching is the forthcoming privatisation of Santos Port Authority (SPA). As the port is responsible for almost 30% of Brazil’s international trade, the new model will have ramifications
for its transport sector as a whole, as well as foreign investors.

The man in charge of readying the port authority for privatisation is the SPA’s president Fernando Biral, who was appointed in April last year, taking over from Casemiro Tércio Carvalho. He believes that if all goes well, the process could potentially set the blueprint for Brazil’s other publicly owned ports. Biral told CM: “If we are successful with Santos, the trend is going to be that we will have the privatisation of all the port authorities. I say that because we speak to other ports and everybody faces the same challenges. It’s very difficult to make these infrastructure projects happen.

“As an infrastructure company, we can’t only show financial results. We have to show growth, we have to create infrastructure – it has to be translated into progress, into economic growth.”

Citing the examples of the port of Açu, which is private, and the ports of Suape and Pecém, which utilise hybrid models, he believes that privatised ports will have more flexibility to enact developments. In the past, there have been proposals to privatise specific services in ports such as dredging – for example, with a private consortium administering the contract. However, in Biral’s opinion, such a policy does not go far enough and a full privatisation of the port authority is necessary.

Commenting on the need for a new model, he explained: “What happens in Brazil is different from Rotterdam, Antwerp and other ports. Because of a peculiarity of legislation in Brazil, I cannot for instance just hire contractors and build something. If there is a minimum possibility of competition, I have to start a public bid for every purchase, every decision that I make.

“This makes it impossible to make investments. What usually happens is we receive the lowest price, the lowest cost and then during the execution there are lots of problems. Eventually the contract is cancelled and you restart a new process.”

While he hopes the privatisation will remove complications from the process through which infrastructure developments can occur, Biral also faces the challenge of turning the SPA into a financially attractive proposition for investors. During his time working under Tércio as chief financial officer, and now as president of the SPA, he has looked to renegotiate contracts to remove inefficiencies while reforming the pension plan to eliminate its deficit.

This process helped to deliver a record financial result for the SPA last year, with net income surging 132% to R$202.5m (US$40.7m). The EBITDA margin reached 47.5%, almost hitting Biral’s target of 50%, which he thinks an infrastructure company should strive towards. Biral commented: “You have to make this profit to have money to invest in other projects. We got a reduction of 30-40% on a lot of contracts. There were a lot of inefficiencies because previously, the idea was not to maximise the profit of this company.

“State-owned companies were used as a tool to promote growth – the understanding was that by spending, you increase the local economy. But our approach is that inefficient expenses don’t promote growth. We have to be effective here because these are public resources.”

Currently, the first phase of the privatisation, mainly featuring a series of studies, is close to completion. The Brazilian Development Bank (BNDES) has hired a consortium of companies from different fields including the ports sector, engineering, law and finance to carry out due diligence. Once the studies are finished, the preliminary documents for the concession will be prepared, and this is expected within the coming few months.

The contract will define the obligations of the concessionaire, the projects and investments that they are obliged to carry out while the economic stipulations will be laid out too. In particular, the prices that the concessionaire can set for port activity will be controlled and regulated by Brazil’s National Waterway Transport Agency (Antaq).

Critics of the privatisation policy have cited the possibility of conflicts of interests between the concessionaire and port users, particularly given the wide range of groups involved in various operations at the port. For instance, in the containerised sector, there are three different container terminals in Santos, of which one is a joint venture between two leading shipping lines, Maersk and MSC. Should a shareholder of one of these terminals win the concession, there will be close scrutiny over whether their decision-making ensures a level playing field.

Biral is confident that when it comes to prices, since tariffs are regulated by Antaq, this limits the potential for conflicts of interest. However, he is aware that enabling current operators to participate in the bidding process could lead to future problems. “If an operator was to prioritise projects that benefit its own terminal rather than ones that benefit the port as a whole, that’s obviously a conflict of interest,” he noted. “We are discussing having some mechanisms that limit the participation of current operators.”

Many of the operators at the Port of Santos will be keeping an eagle eye out for what specific obligations the concessionaire has. According to Biral, the winning bidder will face monetary penalties if users encounter problems in the navigation channel or face security problems. In particular, it is proposed that there will be an obligation for the concessionaire to dredge the channel to a depth of 16 m within a specific time frame,and afterwards 17 m.

The SPA hopes that with these assurances, Santos will be able to attract regular calls from ships of 366 m in length from the major global carriers. Given previous draught issues for ships calling Santos and the shipping industry’s drive towards larger vessel sizes, ensuring that dredging is carried out reliably and promptly will be essential to guaranteeing the port’s long-term future.

Biral noted: “For us, it’s very important to receive 366 m ships because we want to be a hub port. We want to concentrate the long course ships from China, Europe and the US and receive them here so that we can transport the containers to the other cities in Brazil through the cabotage with smaller ships.”

As the privatisation process rolls on towards completion in 2022, ultimately its success will be heavily dependent on how hospitable its infrastructure is for large ships to visit.

* For over 35 years, Container Management has been a reference point for the global container industry, offering accurate and up-to-date information, in-depth analysis and opinion from experienced commentators.