HomeInternationalThey say the ocean is rising

They say the ocean is rising 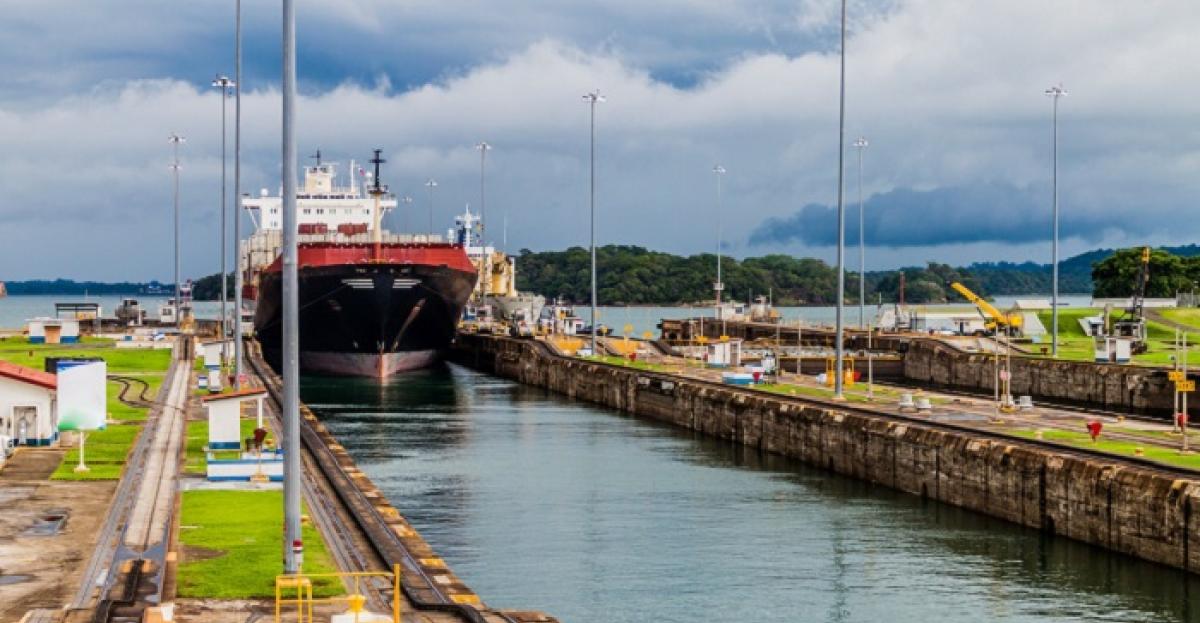 Rising temperatures, water conservation and carbon emissions are not new issues – industries across the world have had sustainability on their agendas for decades. The shipping industry – which is responsible for about 2.5% of global greenhouse gas emissions (GHG) – has done its best to combat the issue. Carriers seek to use liquefied natural gas (LNG), ports shift from diesel to hybrid/electric equipment and the industry makes a conscious effort to ‘go green’. The effects of a warming climate are an immediate issue, and the maritime industry is taking steps to address this.

An example of this is the Panama Canal, which has been experiencing historically low water levels as temperature increases lead to a rise in evaporation from the reservoirs that supply it. In 2019, the Panama Canal watershed experienced its fifth driest year in 70 years. “It follows several years of lower-than-average rainfall coupled with a 10% increase in water evaporation levels due to a 0.5-1.5°C rise in temperature,” Panama Canal’s vice president for water resource management Daniel Muschett explained to CM.

The water used to transit ships through the Panama Canal comes from the man-made Gatun Lake, which covers 425 sq km and was created when Gatun Dam was built. During each transit, a ship rises 27 m between sea level which requires approximately 104,000 cubic m of water. Muschett added: “Water is never wasted in this process – if it is not used for transit, the water returns to the ocean.”

Panama Canal’s Neopanamax Locks, which opened five years ago, have water-saving basins that allow the Canal to reuse 60% of the water per transit and, despite being 70 ft wider and 18 ft deeper than those in the Panamax Locks, they use 7% less water. The Canal has also implemented measures to conserve water for the future and continue to serve the industry.

“Due to changing rainfall patterns and historic low levels at Gatun Lake, the Canal introduced a freshwater surcharge on February 15, 2020, to ensure operational level of water during the dry season while implementing a reliable solution for customers in the long-term,” Muschett said.

The decision to adopt such measures followed an evaluation of the impact of innovative techniques already instituted to save water used in the Canal’s operations. For example, the Panama Canal has been implementing cross-filling lockages, a technique that sends water between the two lanes at the Panamax Locks during transits and saves an amount of water equivalent to that used in six lockages each day.

Customers of the Canal are not left in the dark, however, and are given ample notice to ensure that they can plan accordingly. An online tool provides information on the Gatun Lake levels and the calculation of the Fresh Water Surcharge and an advisory to shipping, through which all draft adjustment are shared, issued at least four weeks in advance to give customers time to plan.

Though surcharges can only get the Canal so far – a long-term solution is a necessity. In order to find one, which consist of a portfolio of projects that provide a comprehensive solution to guarantee an adequate water supply, taking into consideration sustainable development, growth projections and the impact of climate change on the waterway. Muschett said: “When thinking about a long-term solution for water sourcing at the Canal, it was important to consider the quality, and control of it. Consequently, this project
will be a portfolio of solutions as there is no one simple answer that will solve the ever-changing environmental and business challenges impacting the Canal and the world.”

The tender for the project is currently being reformulated to take into consideration the feedback received from the interested companies that participated in the prequalification process. The Canal views it as critical that it develops a robust system that will secure the operational resilience and reliability of the waterway. This sustainable solution will need to ensure an adequate water supply for local consumption for the next 50 years.

Additionally, the Panama Canal has approved the creation of a water research centre in partnership with the Technological University of Panama (UTP) that will work to identify innovative solutions that mitigate the effects of climate change on water availability, including deployment of the latest technologies like artificial intelligence.

“Overall, sustainability is the most urgent element for the Panama Canal,” Muschett said. “We are not only focusing on water but also our own operational decarbonisation efforts and implementing measures that contribute to reducing emissions in the shipping industry. While the Panama Canal contributed to a reduction of more than 13m tonnes of CO2 equivalent emissions in 2020 by offering a shorter route for ships in comparison to the most likely alternative routes, the waterway recognises the importance of making its own operation carbon neutral by the end of the decade.”

With sustainability in mind, the waterway purchased four electric vehicles as part of a pilot programme designed to collect data for the migration of the Canal’s entire fleet away from fossil fuel dependence. Part of the Canal’s strategic decarbonisation plan also includes tugboats and launches that use alternative fuel, the substitution of electricity production processes in favour photovoltaic plants, the use of hydraulic energy and ensuring that all facilities and infrastructure projects are environmentally responsible and sustainable.

Only time will tell if the Panama Canal’s efforts will work in its favour. It will likely depend largely on the shipping industry as a whole. In the end, the only way through is green.

* For over 35 years, Container Management has been a reference point for the global container industry, offering accurate and up-to-date information, in-depth analysis and opinion from experienced commentators.